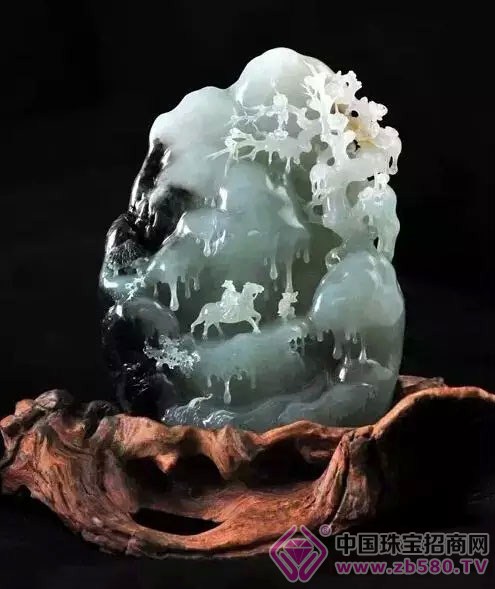 In the nearly one hundred years from the mid-17th century to the mid-eighteenth century in China, although the feudal society was at the end of the feudal society, the feudal economy was still relatively developed. At that time, foreign economic trade was still mainly based on pleasure. Traditional export products such as tea, silk and ceramics were sold all over the world. Chinese culture and art had a great influence in Europe and the Arab region. With the development of international trade, foreign culture and art have also had a certain impact in China, and this influence has also been clearly reflected in the jade process.

(1) The influence of the traces of the jade jade

With regard to the occurrence and development of the Mark Stan jade, the number of research articles has been increasing, and some divergent opinions have emerged. Some of the issues are still not very clear and need further research. However, the artistic style of his works has obvious characteristics of Arab art, especially the influence of Persian art is certain.

The trace of the Stan jade in China, first seen in the court archives of the Qing Emperor Qianlong period. In the 21st year of Qianlong (1756), the size of the southern part of Xinjiang and Zhuomu had been sent to the tribute jade bowl, which was the earliest contact with the Arabian-style jade in the Qing Dynasty. After the reign of Emperor Qianlong in the twenty-fourth year of Emperor Qianlong (1759), the sect of the sect of the sect of the sect of the sect was increased year by year. The Qianlong Emperor greatly appreciated the traces of the Stan Jade. His poems featured more than 50 heads of "mark jade", such as "the traces of the water miller, the delicate letter is difficult to poor." "Thin is too thin, and it is a metaphor." â€œThe jade is like a melon, and there are leaves and flowers. â€œItâ€™s as fine as a hair, and there is no axe and a chisel.â€ From the description of these verses, we can see the basic characteristics of the traces of the jade. Run, polished and delicate, the so-called "water mill into a hundred Yu" is to describe the moisturizing of jade. The carcass is light and thin, with the hand lifted as light as a feather, to describe the exquisite craftsmanship. The shape and ornamentation, the use of flowers and fruits and vegetables, very Chic. The pattern is meticulously succinct, and the so-called "fine as hair" is a slender style. At the same time, gold and silver gems are often embedded in the objects, and the decoration is very luxurious. 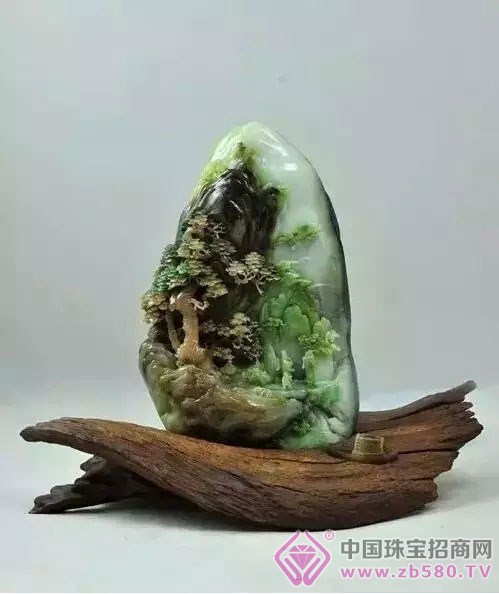 Emperor Qianlong was very fond of the traces of the Stan jade. In addition to being obtained through various means, he also ordered the jade to deliberately carry out imitation. Some imitation works are made as they are, but more works are made in a traditional style according to their style. The level of counterfeiting is almost the same as the degree of chaos, but it is still different to carefully identify the jade characteristics and production techniques of the two. After the Emperor Qianlong asked about this matter, he said: "When you smell it, you can attack the jade, pure water mill, and the province saves the jade, especially in the inner land." Bai Yu wrong gold inlaid gemstone flower bowl, is the fifty-one year of Qianlong Previously copied. The jade bowl has a round opening, peach ears, and jade whiteness. It is like a sacred object. The whole body is embellished with golden flowers and leaves. In the meantime, ruby â€‹â€‹is embedded with multi-petal flowers, which are rich and luxurious. style. In the bowl, there is a poem in the Qianlong poem. In the poem, there is a sentence of "the giant material is hard and the good craftsman is good to chase", which indicates that he is very satisfied with the imitation of this bowl and used it as a golden tea. Others such as swallow furnace, jade wash, fruit plate, etc., the body is decorated with slender flower patterns and flower-shaped ears, which are obviously Arab style. Later, this type of work was called "Xi Fan Zuo" and had a profound influence on the jade altar.

(2) The influence of European art style

Western European countries have developed rapidly since the Renaissance. In the second half of the seventeenth century, some countries have already formed more advanced capitalism, and the economic forces have continued to expand outward, and trade with China has developed. As missionaries entered China more, they brought a more advanced scientific culture. Some missionaries served the emperor directly in the court and spread Western culture. 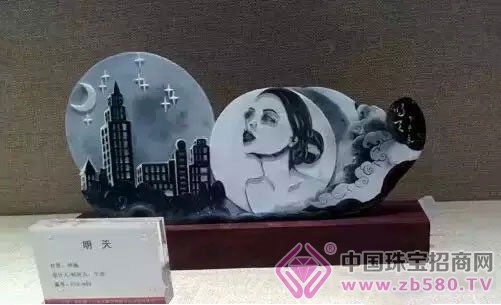 The famous Italian painter Lang Shining, who painted for the emperor in the Qing Dynasty, combined the Western painting art with the Chinese painting style to create distinctive paintings, which had a great influence. The western-style building of Yuanmingyuan, which was designed by Lang Shining, pursues the dexterous and varied artistic style and reflects the characteristics of Italian Baroque architecture. The artistic style of exquisite stone carvings on the building has a strong appeal to the jade craftsmanship. Some jade articles are decorated with tandem flower leaves as the main body, and they are carefully carved and carved, with high undulations, inner contours, and sharp edges. The artistic characteristics of being smart and slender are very similar to the Baroque style of the ruins of the Yuanmingyuan. Obviously, such works are influenced by Western culture.

There are also jade articles, and even the western mechanical brake bell tower pattern is decorated on the jade bottle, and its western art influence is more obvious. The development of Yuyu industry in the Qing Dynasty was very uneven. In the early days of the Qing Dynasty, maintaining and consolidating the political power was its central task. Therefore, the fine arts and crafts such as textiles and ceramics, which were better in the tomb foundation, were quickly restored and developed, and new achievements were made. In the category, Shangzhai creates more abundant conditions to make progress, such as jade industry. After the 19th century, with the invasion of the imperialist powers, the feudal system was disintegrated and the national strength was declining. Under such conditions, the development of arts and crafts inevitably suffered damage and resistance.