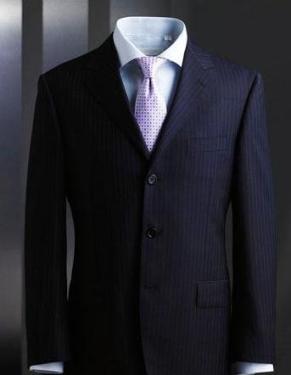 Due to the recent changes in the economic situation, listed companies are also actively changing their development strategies. The famous company Youngor is experiencing such a process. The role of real estate and equity investment in the previous three pillars of the main business has gradually changed in the company's business. The apparel business has been quietly transformed and it has become the main business of listed companies.

In this regard, Youngor Chairman Li Rucheng said that the company will reduce the gradual reduction of labor-intensive foundry business, expand the production and operation of branded clothing, return to the main clothing industry.

â€œAfter the financial crisis in 2008, real estate experienced several strict controls by the state, and equity investment was affected by the situation at home and abroad. Based on the judgment of the entire economic environment, Youngor decided to make business adjustments, return to its own strengths, and do a good job in the production and management of clothing brands. "Li Rucheng said that based on Youngor's main brand, developed Mayor, Hart Schaffner, Marx, GY and Han Ma Shi family brand. For the relationship between the five brands, Li Rucheng vividly described it as "the big star and four small stars," the brand audience positioning clear, self-style.

Unlike its brand management model, Youngor chose the self-directed sales model. Three quarterly statistics show that there are 2,636 stores in Youngor.

"In all Youngor's stores, 92% is the direct sales model." Li Rucheng said that Youngor is at the forefront of China's apparel industry in channel construction. According to reports, although the sales of the entire clothing market have been declining this year, Youngor's sales revenue has continued to increase. The third quarterly report showed that the revenue of self-owned brand apparel business increased by 13% in the first three quarters, and the proportion of the textile and apparel segment revenue increased to 74% year-on-year.

Regarding the inventory issues of the apparel industry that are currently focused on the market, Li Rucheng believes that the de-inventory argument is inappropriate for Youngor. â€œThe current stock situation is normal for Youngor with more than 2,600 stores and stores. It is also necessary. According to reports, Youngor's business model means that it has to supply more than 2,600 stores and stores throughout the country. According to Li Rucheng, the companyâ€™s more than 2 billion inventories are relatively reasonable for sales of over 4 billion yuan in the year.

After establishing the strategy for returning to the main business of clothing, what will Younger's development plan for real estate and equity investment be?

"Because of the loss of real estate market capital markets, the conditions of real estate and apparel mixed operations have seriously hampered the overall development of Youngor." Li Rucheng said that Youngor will make regional adjustments to the real estate business based on the total amount of funds.

Li Rucheng expressed his opinions on the status quo and future of the textile and garment industry. In his view, the current growth rate of the apparel industry is too fast, and the growth rate is about 10% less normal.

But with the development of the times, Hair Rope styles are more and more, the basic style is similar to the rubber band, including a long rope, can hair rope decorated pearls, stones, flowers, rich colors, generally suitable for young women to use, the price is relatively cheap. Some beautiful hair rope can be tied on the wrist to do decoration, as a Bracelet.